Home › language › an anchor and a voice-right: Seamus Heaney’s translations

an anchor and a voice-right: Seamus Heaney’s translations

It’s not Seamus Heaney’s month’s mind yet, but his first memorial has gone up in the National Portrait Gallery in London. The Nobel awarding committee were right to call him a beautifully lyrical poet. His poetic translations are full of energy and life, and also well worth remembering.

Born in the North of Ireland, later moving south, it’s not surprising that Heaney translated from Irish (Columcille The Scribe) and Scots (The Testament of Cresseid). He reworked Sophocles’ Antigone, (The Burial at Thebes), parts of Virgil’s Aeneid and Ovid’s Metamorphoses. He also translated from languages he knew less well, collaborating for example with Barańczak on Kochanowski’s Polish renaissance classic Treny (Lamentations).

Seamus Heaney’s acclaimed translation of Beowulf was rooted in the desire to claim his own language. The Norton Anthology asked him to do it when he was lecturing at Harvard. “Saying yes to the Beowulf commission would be (I argued with myself) a kind of aural antidote, a way of ensuring that my linguistic anchor would stay lodged on the Anglo-Saxon sea-floor. So I undertook to do it.” (from his introduction to the translation p.22-6, full text here). This was a complicated process for an Irish English speaker:

“I suppose all I am saying is that I consider Beowulf to be part of my voice-right. And yet to persuade myself that I was born into its language and that its language was born into me took a while: for somebody who grew up in the political and cultural conditions of Lord Brookeborough’s Northern Ireland, it could hardly have been otherwise. Sprung from an Irish nationalist background and educated at a Northern Irish Catholic school, I had learned the Irish language and lived within a cultural and ideological frame that regarded it as the language which I should by rights have been speaking but which I had been robbed of. [I lived] with an awareness of language-loss and cultural dispossession, tempting me into binary thinking about language.”

As he translated Beowulf, Heaney travelled “into some unpartitioned linguistic country, a region where one’s language would not be a simple badge of ethnicity or a matter of cultural preference or official imposition, but an entry into further Ianguage. … What happened was that I found in the glossary to C. L. Wrenn’s edition of the poem the Old English word meaning “to suffer,” the word polian; and although at first it looked completely strange with its thorn symbol instead of the familiar th, I gradually realized that it was not strange at all, for it was the word that older and less educated people would have used in the country where I grew up. “They’ll just have to learn to thole,” my aunt would say about some family who had suffered an unforeseen bereavement.” Heaney had travelled back to a point where Irish and English were much more closely linked, and he affirmed this by using Ulster words in his translation.

Now we will just have to learn to thole, too. But we can still hear the voice-right he claimed. You can listen to Seamus reading his own translation of Beowulf here.

One comment on “an anchor and a voice-right: Seamus Heaney’s translations” 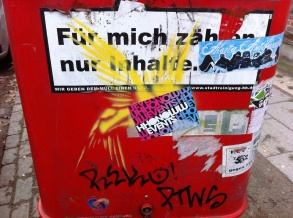 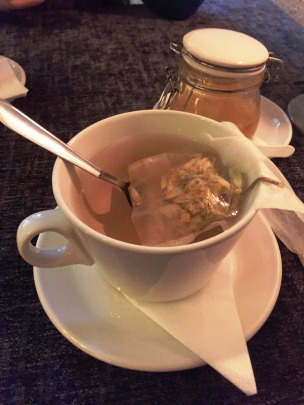