Fresh snow, old words. I first came across Gwerful Mechain this time last year through her most famous poem of all, translated as ‘Ode to My Cunt’ by Zoë Brigley Thompson for Modern Poetry in Translation. That translation crackled and sang and was utterly, fabulously new. Yet Mechain is much older, centuries older – she lived between about 1460 and 1502 – and she has been waiting to be read all this time. It took me a while to track down a whole book of her poems that I could read. And in it, 460 years after she was born, was that famous poem. Here’s a bit of it with Katie Gramich’s annotated translation:

You can see there are two English translations here, a ‘literal’ one and one coaxed into the form, sound patterns and rhyme of Welsh poetry in Mechain’s time. The latter is no mean feat, and Gwerful Mechain was a master of it. She comes from a long line of bards, and a line of women. This Response to Ieuan Dyfi’s poem on Red Annie puts her right in line with Emily Wilson’s translation of the Odyssey: 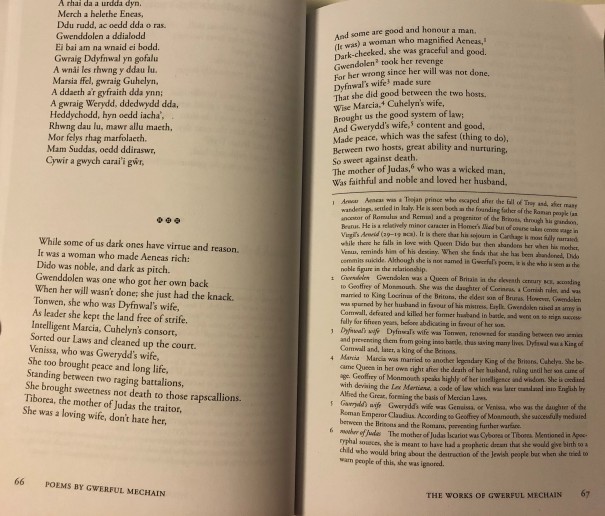 In Katie Gramich’s edited translations from Welsh, more readers can discover Gwerful Mechain, as well as her contemporaries like Ieuan Dyfi. The detailed introduction and notes will fill in as much context for you as you need; but the layout is such that they don’t get in the way of the poems, unless you want them to. Get The Works of Gwerful Mechain in the Broadview Anthology of British Literature edition. And you can start your new year in a fine old British tradition (now there’s a sentence I didn’t think I’d write).

This year I will be blogging here once a month, as I am also blogging elsewhere. I will be reading just as much literature in translation and other languages, but choosing only my favourites to tell you about. Of which this is certainly one. 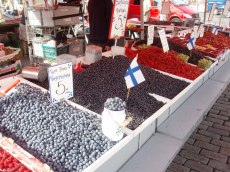 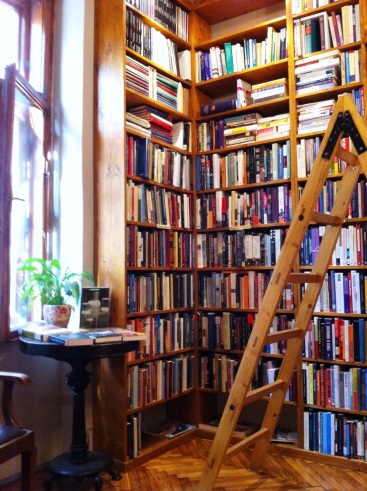