more than moomins: illustration and translation

Tove Jansson would be 99 today.
I began learning Finnish by reading the Moomin comic strip, which made Tove Jansson’s name around the world. Started in the London Evening News in 1954, the complete collection is still being published in Finnish.
Tove’s 1960s illustrations of two English classic tales are less well known.
Yet her images make them appear in a whole new light.
Jansson’s Hobbit illustrations for the Swedish and Finnish editions are best described in her own words to her life partner, Tuulikki Pietilä:
“The figures are banal: dwarves, gnomes, fairies, dark-elves. But the scenery is luring in its macabre cruelty … Haunted woods, pitch-dark rivers, a moon-lit moor with burning wolves.” It’s a different world to Tolkien’s own watercolours.
Tove’s Alice in Wonderland is equally fascinating, especially if you grew up with Tenniel’s neatly aproned Alice.
Jansson’s original ‘horror’ illustrations for the Swedish edition had to be toned down, but these have reached a new audience with an English edition published by the Tate in 2011.
Alice has travelled not just down a rabbit hole, but from England to Finland and back again.
Like the Hobbit, she isn’t quite the same as she was before she stepped into that road…

Find out more in this beautiful virtual museum of her work (See illustrations for the Moomin strip at 1950, the Hobbit at 1962, and Alice at 1966).

4 comments on “more than moomins: illustration and translation” 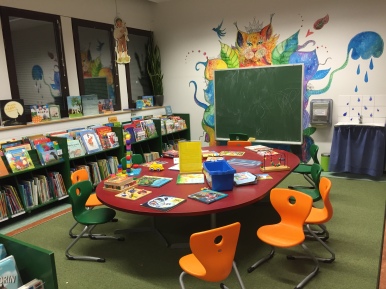 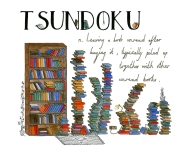 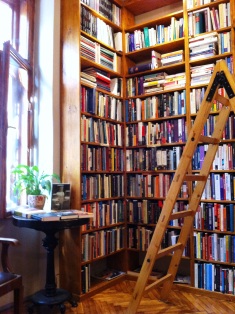